Terming India and Russia relations as rock-solid, Indian envoy to Russia Venkatesh Varma in a video message said, “Our strategic partnership is diverse. Foreign Secretary’s visit is intended to deepen cooperation in all sectors. We will also expand our cooperation, including to build on Prime Minister Modi’s visit to Vladivostok in September 2019.”

“”There is a lot of excitement in Moscow about how India and Russia can cooperate with respect to Covid pandemic, including in the field of vaccines that will be another area of discussion,” he said.

“The regional and international situation is off-course. That’s something that India and Russia can restore in this very complex world,” the envoy said.

This is the first visit abroad by the foreign secretary in 2021.

“In the midst of a pandemic, his visit assumes significance for multiple reasons. Firstly, this can be seen a preparatory visit to finalise Russia delivering the S-400 missile system which may find a more concrete expression during India visit of President Putin to hold annual India-Russia summit later this year,” Swaran Singh, Professor and Chair of Centre for International Politics, Organisation and Disarmament in JNU told Asianet Newsable.

In 2018, India had signed a $5 billion deal with Russia to buy five units of the S-400 air defence missile systems. In 2019, India made the first tranche of payment of around $800 million to Moscow for the air defence systems.

The S-400 is the most advanced long-range surface-to-air missile defence system. It is being considered equivalent to the US Patriot missile system.

Last year, US President Donald Trump-led administration levied sanctions on Turkey under the Countering America’s Adversaries Through Sanctions Act (CAATSA) for purchase of S-400 missile from Moscow. The US wants to punish Russia for interfering with the US elections in 2016.

The US had asked India to scrap the deal and assured to provide the latest defence technologies to India. However, New Delhi reasserted and said India is a sovereign country and has pursued independent foreign policy.

“Trump administration has strongly objected to this deal and even threatened to impose sanction casting doubts in India-Russia ties. His visit, therefore, is also to underline that India has its independent foreign policy and values its traditional ties with Moscow,” Prof Singh said.

An in-person visit could also be driven by Russia’s increasing proximity with China and Pakistan, he said.

“”It’s interesting to note that unlike most other diplomatic interactions that have taken place online, Foreign Secretary chooses to actually visit Moscow and how both foreign minister and the defence minister had also visited Moscow last year which may be driven by Russian increasing proximity with Islamabad and Beijing,” Singh added.

India, Russia And The US

“India has categorically sidelined the US concern over S-400 air defence missile systems on the grounds that in a changing world order, India has skilfully balanced both rival countries. On one side, the US ranks as the largest trading partner of India, on the other, Moscow ranks as a top defence partner,” GLA University’s Head of Centre for International Politics and Law Sandeep Tripathi said.

Stating that Russia is a reliable partner, Prof Tripathi said, “Moscow has emerged a key diplomatic player amid the border tension between China and India.””

Comparing with US’ sanction on Turkey, he said, “India’s strategic position is different from Turkey in this case. India is committed to advance its defence modernization amid the standoff with China. That’s why New Delhi strongly responded to the US concern over S-400 deal.”

Whether the U.S. sanctions India or not under the 2017 law will crucially depend on... 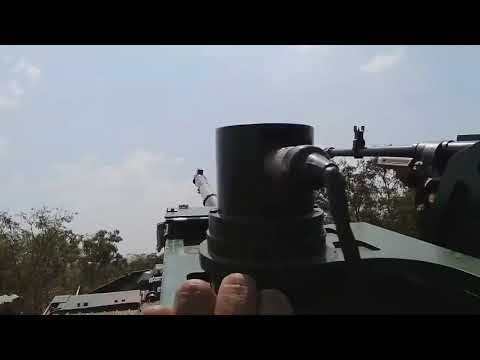 New Delhi: The Indian government has reiterated that the military commander level talks between India...

Deadlock was prolonged until China agreed to withdraw to Finger 8, while India stayed on...

Disengagement in the Pangong Tso area along the Line of Actual Control (LAC) began on...

On Tuesday, the Hindustan Times reported Hindustan Shipyard Limited, the Visakhapatnam-based shipbuilder, was expecting a...

The Army declined to comment on the incident after ET reached out The Army is...