Erdogan’s repeated calls for the “Kashmir dispute” to be settled within the UN—despite the stated international position that the matter is a bilateral issue and should be resolved between India and Pakistan—have led to a flurry of tit-for-tat responses between India and Turkey.

Turkey and India have shared bilateral ties for centuries. That age-old relationship, however, is on a downward spiral. Whatever historical and civilizational bond they share is declining so rapidly that both are now openly exchanging diplomatic blows at the global stage in full view of the public. Their heightened tensions are likely to have a bearing on their respective neighbourhoods. What ails this centuries-old relationship? What is at the root of the falling out?

The worsening of their fraught relationship was triggered by Turkish president Recep Tayyip Erdogan’s interference in India’s domestic affairs. Erdogan’s gripe against India centres on the latter’s treatment of its Muslim minority population and New Delhi’s control over the disputed territory of Kashmir.

Not particularly famous for his diplomatic flair, Erdogan has said in the past that “India right now has become a country where massacres are widespread. What massacres? Massacres of Muslims. By who? Hindus.”

Adding to this is the fact that Erdogan has raised the issue of Indian-administered Kashmir in the UN General Assembly for three years in a row while knowing full well that the permanent five members of the UN Security Council and the world at large do not wish to interfere in a matter that they believe falls squarely within India’s domestic affairs.

Both the status of Muslims and that of Kashmir have always been “touchy issues” in Indian politics. Whoever speaks about these issues or raises concerns regarding them, whether within the country or outside, is viewed with deep suspicion and treated with a certain degree of hostility.

There is suspicion in India that Turkey is adopting such a stance while being egged on by Pakistan. Erdogan’s attempts to develop deep military ties with Pakistan to India’s detriment have not particularly helped the situation either. Thanks to all these factors, India is taking a tough position on Turkey.

It is too early to say who is going to lose the most in the fallout. The early indications, however, suggest that Erdogan’s foreign policy directions vis-à-vis India might become expensive for Turkey.

Erdogan’s repeated calls for the “Kashmir dispute” to be settled within the UN—despite the stated international position that the matter is a bilateral issue and should be resolved between India and Pakistan—have led to a flurry of tit-for-tat responses between India and Turkey.

In the past, whenever there was such a provocation by Erdogan, New Delhi tried to address its ire through diplomatic means. Responding to Erdogan’s comments on Kashmir during his UN General Assembly speech in 2020, India’s Ministry of External Affairs (MEA) chose a diplomatic riposte, asserting that “these remarks [on Kashmir] reflect neither an understanding of history nor of the conduct of diplomacy. They distort events of the past to advance a narrow-minded view of the present.”

When Erdogan tried to internationalize the “internal dispute” at the UN in the past, Prime Minister Narendra Modi responded by holding meetings with the president of Cyprus and the prime ministers of Armenia and Greece on the side-lines of the world body’s annual meeting. All of these states have various disputes with Turkey and are often in need of important global players to speak on their behalf.

This time around, when Erdogan once again decided to ride his favourite heavy horse in his UN General Assembly (UNGA) address, New Delhi truly took the diplomatic war-of-words further. India reminded Turkey that unlike Ankara, which invaded and occupied part of the sovereign nation of Cyprus in 1974, New Delhi has not undertaken any such measures with regard to Kashmir.

If anything, India has repeatedly defended its sovereign territory of Kashmir against the invasion of neighbouring Pakistan. In order to remind Erdogan that Turkey is on thin ice so far as its territorial integrity and international standing are concerned, the Indian foreign minister present in the UNGA hastily convened a meeting with his Cypriot counterpart to discuss a UN Security Council Resolution surrounding the disputed Turkish-occupied area of northern Cyprus and the reunification of the island.

Thanks to Erdogan’s consistent needling of India in various global forums, New Delhi appears to have finally decided to abandon all diplomatic niceties toward Ankara. Under the leadership of a nationalist government, New Delhi is now pursuing what may be described as aggressive diplomacy. While New Delhi maintained that “Turkey should learn to respect the sovereignty of other nations and reflect on its policies more deeply” in 2020, it is now openly nurturing Turkey’s enemies with the intention of undermining Ankara’s interests in the region.

While responding to Ankara’s continuous diplomatic onslaught, in the non-diplomatic arena, New Delhi is steadily calibrating a response that is not necessarily limited to verbal spats. In 2019, it cancelled a scheduled visit of its head of government to Turkey. This came in the aftermath of India’s decision to cut its defence exports to Turkey, which included dual-use weaponry such as explosives and detonators. From then on, India also significantly reduced its imports from Turkey.

To further consolidate its offensive during this period, New Delhi entered into a defence agreement with Armenia, Turkey’s traditional rival in the region. In a $40 million deal, New Delhi supplied Yerevan with four SWATHI weapon locating radars developed by the Defence Research and Development Organisation (DRDO). India has also joined the chorus of opposing global voices that condemn Ankara’s cross-border offensives against Kurdish-led forces in Syria.

The toughening of New Delhi’s stance against Ankara has spilled into India’s cultural landscape. Turkey happens to be one of the favourite destinations for some Bollywood producers and actors. The country provides stunning locations for shooting, has low-budget services, and the scenery makes for good viewing among movie fans in India. Thanks to the frosty relationship between Ankara and New Delhi, however, that aspect of cultural exchange has come under immense strain in recent years.

Some of Bollywood’s most notable Muslim actors have faced the ire of the Indian public for patronizing Turkey during their cinematic sojourns. In August 2020, days after actor Aamir Khan met the Turkish first lady Emine Erdogan following a movie shoot, there was a cry in sections of India’s nationalistic press. The ideological wing of the ruling Bhartiya Janata Party (BJP), the Rashtriya Swayamsevak Sangh (RSS), published an editorial accusing Khan of “colluding with anti-India forces.” The fact that the same Khan had made some highly visible patriotic movies in the past was of little consequence as the ultra-nationalists went about questioning his credentials.

That the Turkish first lady was extending a backhanded compliment to the Indian cultural export when she tweeted “I had great pleasure of meeting @aamir_khan, the world-renowned Indian actor, filmmaker, and director,” was also lost on the irate Indians.

According to India’s nationalists, there should not be any cultural exchange between Turkey and India. In their view, since Erdogan, Turkey’s hardline Islamic leader, habitually supports Pakistan on the disputed territory of Jammu and Kashmir, the promotion of cultural ties is inappropriate.

This hardening of attitudes towards Turkey is not limited to a few right-wing organizations in India. Even the former chief minister of Jammu and Kashmir, Omar Abdullah, someone who has been a strict critic of New Delhi and its policies in the disputed region, was not entirely convinced or amused by Khan’s bonhomie with the Turks. Reacting to the event on his Twitter feed, Abdullah wrote that “Aamir Khan with the wife of Turkey’s President Erdogan. Turkey is doing full Propaganda against India. This is [the] self-goal by Aamir Khan.”

Once a top tourist destination on their bucket lists, there is also a growing movement among the country’s nouveau riche (who have lately developed a flair for overseas travel) to boycott Turkey as their preferred destination.

Evidence on the ground certainly points to the fact that Turkey and India share a deeply uneasy relationship. However, despite their high-octane diplomatic riposte and shadow boxing in the international arena, Ankara and New Delhi are unlikely to remain permanently locked in any kind of low-intensity cold war. Both share deep civilizational bonds.

What we ought to remember is that both Ankara and New Delhi are under the control of two right-wing governments—one Islamist and the other Hindu. Plenty of the diatribes that are exchanged between these two governments are couched in their specific narratives of religious nationalism. Erdogan’s tough stance on India’s internal affairs is borne out of Turkey’s own attempt to establish its credentials as a modern-day, borderless Islamic imperium among the Muslim states.

The mid-tier ruling establishment and the general public in these two countries are intimately conscious of the fact that the fallout in their bilateral relations is largely a product of Erdogan’s dubious foreign policy adventures. The hope, both in Ankara and New Delhi, is that they can get back to their normal amicable relations. Is Erdogan listening?

The move follows numerous reports of China moving in new military equipment and formations into...

On the second day of his two-day visit to the Kashmir, General MM Naravane reviewed...

The rapid collapse of Ashraf Ghani’s government and surrender by Afghan security forces mean that... 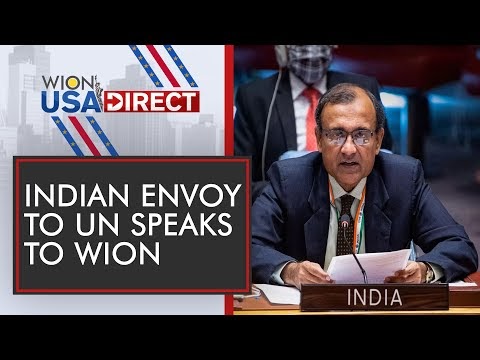 Security forces that guard vital installations, airports and even their own camps have been directed...

Zapad-2021 is a part of the annual series of large scale exercises that serve as...