Alternatively named as ‘Hunter Killer’, the tank is being produced by using 100% indigenous technology

One of the 41 centres established under the aegis of Ordnance Factory Board, Ordnance Factory (OFC) Kanpur has been a supplier of arms and ammunition equipment to the Indian Army for over 7 decades. Now, as per the latest plans, this production centre along with the field-gun factory in Kanpur has been given the charge of manufacturing barrel and breach mechanism components for Arjun Tank Mark 1A. Alternatively named as ‘Hunter Killer’, the tank is being produced by using 100% indigenous technology.

According to reports, a total of 114 Arjun tanks have been ordered for development in the next 3 years. It is said that the two components occupy a significant position in determining the strength of the military vehicle. With the addition of 71 new features as compared to the old tank and an improved target range of 5 Km, the latest tank is being touted as a ‘world-class’ development. It is to be noted that the design and framework of this advanced tank have been prepared by the Defence Research & Development Organisation.

As per the reports, the Indian Army currently has 124 old Arjun Tanks that have been deployed for usage on the India-Pakistan border in Jaisalmer. Evaluating the improvement areas of the old tanks, the army had recommended a list of 71 features that have been Incorporated in the DRDO’s revamped version of the Arjun Tank. The new tank comes with greater firing strength, precise target detection, transmission system amongst other provisions. Additionally, the tank can now spot the target on its own.

With a crew consisting of commander, gunner, loader and driver, the tank would traverse its paths clearing all obstacles on the battlefield. Also, the tank contains the special facility to detect any chemical attack and an alarm that would warn of an impending nuclear bomb attack.

It is noteworthy here than the defence manufacturing in Kanpur is all set to witness huge investments from the public and private sector companies in the near future. While notable government companies like HAL and Bharat Dynamics Limited are looking for lands for their proposed projects, 5 private companies have also planned to install defence production units in Kanpur.

If today’s India is ready to stand up to China and rebuff its bullying, it...

China issued a statement on disengagement Wednesday, and Defence Minister Rajnath Singh is set to...

Sri Lanka will offer a strategically located deep-sea port to India and Japan, as the...

The Sashastra Seema Bal currently has an estimated strength of about 90,000 personnel New Delhi:... 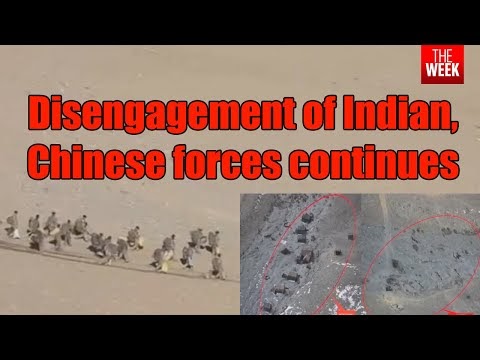