New Delhi: Speaking during the Society of Indian Defence Manufacturers (SIDM) Annual General Meeting today in New Delhi, Defence Minister, Rajnath Singh said, the exports have crossed INR 38,000 crore mark in the last seven years; more than 10,000 Small and Medium Enterprises (SMEs) have joined the defence sector and there has been an increase in research & development, start-ups, innovation and employment.

Government has created an atmosphere of jointness to ensure modernisation of the Armed Forces in the rapidly evolving global security scenario. The Defence Minister said, countries around the world are now focusing on the modernisation of their militaries and the demand for military equipment is rapidly increasing due to emerging security concerns, border disputes and maritime dominance.

“India is capable of meeting these needs through a cost-effective and quality approach. By India, we mean public sector, private sector, academia, research & development. We believe in taking them all on board together,” said Union Minister Rajnath Singh.

He emphasised that the Indian defence industry is home to manufacturers who can create a perfect blend of state-of-the-art, high quality and cost-effective hardware which will not only bolster national security but make India a net defence exporter. He reiterated the Government’s resolve of ‘Make in India’ and ‘Make for the world’ through past learnings, present works, with focus on empowering the future.

Underlining the importance of indigenisation, Rajnath Singh listed out a number of reforms undertaken by the Government to encourage the participation of private sector and achieve ‘Aatmanirbhar Bharat’ envisioned by Prime Minister Narendra Modi.

He added that the Government is providing a suitable growth environment to the private sector. “We have opened up opportunities to build a Mega Defence Programme, including fighter aircraft, helicopters, tanks and submarines through a strategic partnership model that will help our private companies become global giants in the years to come. The recent contract of 56 transport aircraft for Indian Air Force is one such example,” he said.

He appreciated the suggestions of the private sector that have been incorporated in various policy reforms, including ‘Defence Acquisition Procedure (DAP) 2020, draft Defence Production and Export Promotion Policy (DPEPP 2020), draft Defence Procurement Manual (DPM) 2021 and the two Positive Indigenisation lists.

Terming sustainability as an integral part of self-reliance, the he urged the industry to also focus on emerging areas such as cyberspace & Artificial Intelligence by investing in R&D, developing new technologies & products and taking advantage of government’s policies. He called upon the private players to utilise the country’s talent to achieve this objective.

Saying that the concept of ‘Make in India and Make for the World’ has been a part of Indian civilizational ethos, he exhorted the industry to keep moving forward and help the Government realise its vision of making India a global manufacturing hub. He expressed confidence that like the White Revolution & Green Revolution, this public-private partnership will be mentioned as Defence Production Revolution in the annals of Indian defence in the times to come.

Appreciating the fact that the number of SIDM members is about to reach 500, the Union Minister said the growing popularity of SIDM also reflects the growth of the country’s defence industry. On the setting up of the first SIDM state office in Lucknow & the signing of agreement with the Uttar Pradesh Expressway Industrial Development Authority to promote investments in the UP Defence Industrial Corridor, he stated that these initiatives indicate the quality of vision & approach of SIDM which is essential to achieve the goal of self-reliance.

President of SIDM Jayant D Patil, former SIDM President Baba Kalyani and captains of industry were among those present on the occasion.

He downplays threat of U.S. sanctions against India under CAATSA MOSCOW: In the last three...

US Secretary of State Antony Blinken told the Taliban on Wednesday that any legitimacy or... 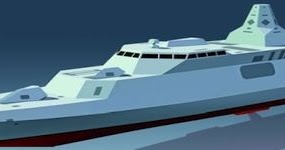 New Delhi: India on Thursday said Chinese authorities are investigating the circumstances of the death...

Islamabad: Pakistan Prime Minister Imran Khan has made it clear that Pakistan would “absolutely not”...

The rapid collapse of Ashraf Ghani’s government and surrender by Afghan security forces mean that...

Rogue drones have been spotted for the fourth consecutive day in Jammu, pushing defence forces...