Out of the 15 listed terror outfits, 12 have been designated as Foreign Terrorist Organisation (FTO)

Out of the 15 listed terror outfits, 12 have been designated as Foreign Terrorist Organisation (FTO).

Five terror groups have been categorised as Kashmir-India oriented. They are

Lashkar-e-Taiba (LET) – It was designated as FTO by the USA in 2001 and is led by Hafiz Saeed. It is based out of Pakistan’s Punjab province and in Pakistan occupied Kashmir (Azad Kashmir). The group was responsible for the 2008 Mumbai attacks.

Jaish-e-Mohammed (JEM) – founded by Masood Azhar was designated as FTO by the USA in 2001 and is also based in Pakistan’s Punjab province and Pakistan occupied “Azad Kashmir”. It was responsible for the Indian parliament attacks of 2001 along with the LET. The report stated that the group had active armed supporters in India along with Pakistan and Afghanistan.

Harakat-ul Jihad Islami (HUJI) – It was originally formed in the 1980s to counter Soviets in Afghanistan but turned its attention towards India after 1989. The group currently operates in Afghanistan, Pakistan, Bangladesh, and India, and seeks annexation of Kashmir into Pakistan.

Harakat ul-Mujahadeen (HUM) – It was designated as FTO in 1997 and operates from Pakistan occupied Kashmir. This group was responsible for hijacking of the Indian Airlines flight in 1999 which led to the release of Masood Azhar. At present, most of their cadre have joined Masood Azhar’s JEM.

Hizb-ul Mujahideen (HM) – Was formed in 1989 and was reportedly the militant wing of Pakistan’s largest Islamist political party. It was designated as an FTO in 2017. According to the report, it largely consists of Kashmiris based out of the Union Territory of Jammu and Kashmir.

Among the three terror groups which are domestically oriented, two are based out of Baluchistan and the remaining one terror group is based on Pashtun nationalism.

The report also quoted the US State Department’s most recent “Country Reports on Terrorism 2019” which stated “Pakistan has continued to serve as a safe haven for certain regionally focused terrorist groups, and has allowed groups targeting Afghanistan…as well as groups targeting India …to operate from its territory”.

It also added that Pakistan had taken “modest steps” in 2019 to counter terror financing and restrain India-focused militant groups from conducting large-scale attacks following the February attack on a security convoy in the Indian state of Jammu and Kashmir linked to Pakistan-based JEM.

However, the state department’s report had also stated that Pakistan had taken “no notable action against known terrorists, such as JEM founder and UN-designated terrorist Masood Azhar and 2008 Mumbai attack “project manager” Sajid Mir, both of whom are believed to remain free in Pakistan”.

In 2018, the Paris-based intergovernmental Financial Action Task Force (FATF) returned Pakistan to its “grey list” of countries found to have “strategic deficiencies” in countering money laundering and terrorist financing, where it had been from 2012 to 2015.

Senior Taliban leader Khalil ur Rahman Haqqani If the reports are to be believed, the...

If India aspires to build a capability for a strategic offensive in the Indian Ocean... 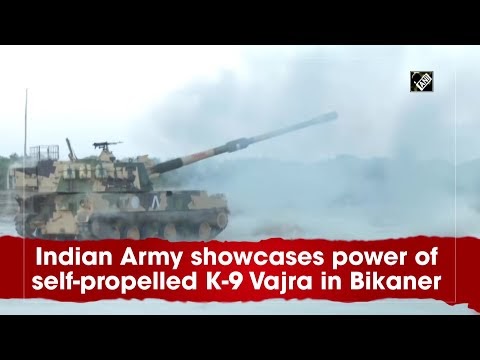 A photograph of the INS Karanj from the 1970 by Admiral VS Shekhawat (Retd) When...

It’s the highest honour bestowed on a military unit in recognition of its exceptional service...

Over the course of the 20th century and well into the 21st, great powers of...