Islamabad: Pakistan is trying to bulldoze through a new press law intended to consolidate government oversight of the media, raising concerns about further degradation of press freedom in the country, reported Nikkei Asia.

The media groups have described the concept as an unconstitutional and draconian law against freedom of press and expression and a step towards imposing state control to regulate all segments of media.

They have also sought to form a joint committee in a bid to seek further support from political parties, bar associations, rights organisations and other segments of the civil society to oppose the proposed “attack on media”. They also urged the Imran Khan-led federal government to immediately withdraw the proposal.

The ordinance also proposes to repeal all current media-related laws in the country and wants them to be merged under the PMDA.

According to the World Press Freedom Index report, Pakistan’s ranking has dropped since Prime Minister Imran Khan came into office from 139 in 2018 to 145 in 2021.

Journalists and the media are priority targets of Pakistan’s military and inter-intelligence services to subjugate freedom of speech, EU Chronicle had reported in October 2020, adding that such actions of intolerance towards independent journalism have increased dramatically since July 2018 when Imran Khan became prime minister.

The restructuring of the entire sector without involving parliament and consulting other stakeholders “is ultra vires to the fundamentals of democratic process,” said Aftab Alam, the executive director of the Islamabad-based Institute of Research Advocacy and Development.

The expert strongly objected to the Pakistani government having arbitrary powers to appoint or remove members of any regulator, tribunal or complaints commission.

“The government must not assume the role of judge, jury and executioner,” Alam told Nikkei Asia.

Defence Research and Development Organisation has developed a new antibody detection-based kit, that can give...

The Indian mission in Geneva highlighted that “India’s democratic credentials are well recognized” and “right...

Pakistan has other options if US President Joe Biden continues to ignore the leadership of...

New Delhi: To promote indigenisation and self-reliance in defence manufacturing, the Government has taken several... 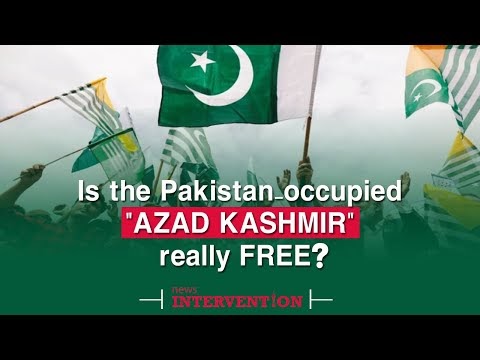 How Free is Azad Kashmir? Do Kashmiris enjoy any kind of freedom in this part...

Beijing: Even after four decades of robust external economic engagement and over seven years since...