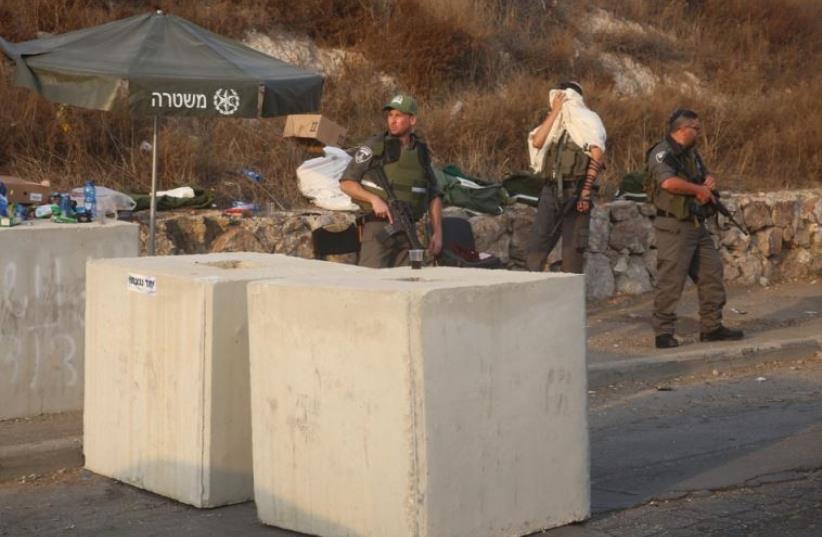 Lt. Dr. Michael Ekhouse is an army doctor in the IDF Engineering Corps, having finished his medical degree at the Hebrew University in Jerusalem in order to complete his army service as a physician. Doctors in the army provide medical care for soldiers routinely and in battle, as well as undertake general soldier duties such as securing roads across the West Bank border.
It was during a routine security deployment that Dr. Ekhouse’s skills as a doctor were put to the test, Ynet reported Tuesday morning.
Ekhouse’s team was manning the roadblock near the Palestinian village of Samoa near Hebron when a Palestinian car arrived with a man, two women and three children, Elkhouse told Yedioth Aharonot. “The man asked in Hebrew, ‘Is there a doctor here? My wife is about to give birth.’”

The woman was in a critical state, and the baby’s head was on its way out, Elkhouse recalled, when he realized the umbilical cord was wrapped around its neck. This phenomenon, called a nuchal cord, is common and occurs in above 20% of births, but can sometimes increase the risk of complications for the mother and the baby.

In extreme situations, the cord can cut off blood flow to the brain, which may lead to breathing problems and neurodevelopmental issues.
“I managed to remove the cord from [the baby’s] neck,” recounted Elkhouse, and the baby was delivered safely. “It all took about five to seven minutes.”
The Palestinian woman and her newborn were then treated by Magen David Adom paramedics which were called to the scene, and later transferred to the Red Crescent, Ynet reports.
“I’ve never performed a birth in the field, and never imagined the first time would happen like this. We are here to provide medical assistance to anyone who needs it.” Dr. Ekhouse concluded.

A spokesperson for the IDF reported on Thursday night that IAF aircraft had struck a Hamas...

Palestinian factions on Wednesday warned the Palestinian Authority against conducting peace negotiations with the new...

Photoshopped photos of the captured Gilboa Prison fugitives were shared on the social media platforms...

Hamas prevented a UN team of experts from working near a tunnel that was found...

Palestinian Islamic Jihad said on Thursday that its prisoners will not halt their hunger strike...

Jordan’s King Abdullah II revealed on Sunday in an interview with CNN for the first...