The Police Investigations Department on Thursday filed an indictment with the Jerusalem District Court against the policeman, age 20, who mistakenly shot and killed east Jerusalem special needs resident Iyad Halak on May 30, 2020.

Already in October 2020, the PID told the policeman, whose name is under a gag order, that he would likely be charged with Israel’s equivalent of second-degree murder, which was the charge on Thursday.

The shooting of Palestinian Iyad Halak led to massive criticism of the police, with even then-prime minister Benjamin Netanyahu admitting that it was a mistake.

The question had been whether PID would decide to indict the police officer who killed Halak for anything from murder to manslaughter to negligent homicide – or even close the case – based on how reasonable or unreasonable it was for the shooter to believe that the unarmed Halak was a threat.

While there is no exact equivalent between Israeli and US law, the charge is closest to second-degree murder, a charge which was only created in Israel in July 2019.

The idea of the new charge was that there were too many cases where some kind of extenuating circumstance prevented prosecutors from filing a charge of premeditated murder, but dropping down to the much lighter charge of manslaughter seemed to be too lenient.

The Israeli second-degree murder charge can carry up to 12 years in prison.

Halak was shot dead after fleeing into a garbage disposal room, bolstering the idea that the shooting was far more than a mere negligent mistake.

According to a Justice Ministry statement, because of his special needs, Halak had exhibited suspicious body language which seemed to justify some kind of law enforcement action, given that the officers did not know he had special needs.

Until the final decision, there was speculation that the policeman who killed Halak might get leniency since the original police unit that saw him identified him as a terrorist – and because the policeman saw his commander try to shoot at Halak while chasing him.

WHEN HALAK fled the Lion’s Gate area, multiple groups of police followed him with the understanding that he had been flagged as a terrorist.

One officer said that as they ran several blocks to catch Halak, he even fired at his lower body to try to prevent him from getting away.

The Justice Ministry said that officer will not be charged as the circumstances were viewed as unclear, and he only aimed for Halak’s knees.

However, when this police officer arrived at the garbage room and saw the other police officer (who eventually killed Halak and will now likely be charged) standing over Halak, he ordered the other officer twice not to fire.

In contrast, the police officer who killed Halak has said he did not hear any order to hold his fire, had heard that he was declared a terrorist and had seen his commander fire at him – even if he missed – as they were chasing him down the street.

The PID’s decision indicates that either it does not believe the shooter or finds that his actions were too far beyond what was reasonable under the circumstances.

The department said that Halak presented no danger, that the shooter had been clearly ordered not to fire and that he fired in a deadly manner without cause.

The reason that the policeman who killed Halak is not being charged with first-degree murder is the unique operational circumstances in which he believed he was shooting a terrorist and thought, however unreasonably, that he was upholding public safety.

HOWEVER, the October 2020 decision leaning toward not charging Halak with murder drew criticism from NGOs like Adalah as well as MKs of the Joint List.

They said that the circumstances were so blatant that Israel should not be praised for charging the policeman with an equivalent of second-degree murder.

Moreover, they accused Israel of having failed to charge dozens of others in recent years who illegally killed Palestinians or Israeli-Arabs, using an overbroad justification of empowering soldiers to defend themselves – even when there was no danger.

There was also a clear undertone of mistrust that between now and the verdict, the charges will be reduced, as has occurred in other cases.

Finally, there is suspicion that the absence of video footage of the actual shooting is part of a cover-up, though the Justice Ministry said that the video camera in the garbage room had been disconnected a full day before the spontaneous-occurring incident.

At the same time, PID said that there were two east Jerusalem Arab witnesses along with the police commander who saw the shooting.

Prior to the ethnic strife last month, only two Jewish civilians had been charged with murdering Palestinians in recent years, but IDF soldiers and policemen are usually not charged at all or are charged with lesser offenses like negligent homicide. Prosecutors say that there are still far more attempted terror attacks than there are cases of mistakenly killed innocent Palestinians.

In another twist, the Justice Ministry said that between the first and second round of shots, the shooter asked a Palestinian female bystander where Halak was hiding his gun, to which she replied “what gun?”

Supporters of the shooter have noted that the Lion’s Gate in the Old City, where the incident occurred, has seen many attacks by east Jerusalem and West Bank Palestinian residents on police officers.

It is also possible that the original police officer who declared Halak a terrorist breached protocol as he could have issued a warning, before jumping to the most dangerous conclusion merely based on suspicions that Halak was concealing a gun.

The ministry statement did not indicate any probe of whether that officer’s initial warning was unwarranted.

In October 2020, then justice minister Avi Nissenkorn said that even as the country must support its soldiers, it must also ensure that they do not depart from ethical norms.

The United Nations called for equitable distribution of water between Israelis and Palestinians, in a...

Hamas called for a Day of Rage in the West Bank on Friday, encouraging mass...

It seems like every day there’s another headline about the impending showdown between the Biden...

Palestinian Islamic Jihad (PIJ) prisoners have suspended their hunger strike after reaching an agreement with... 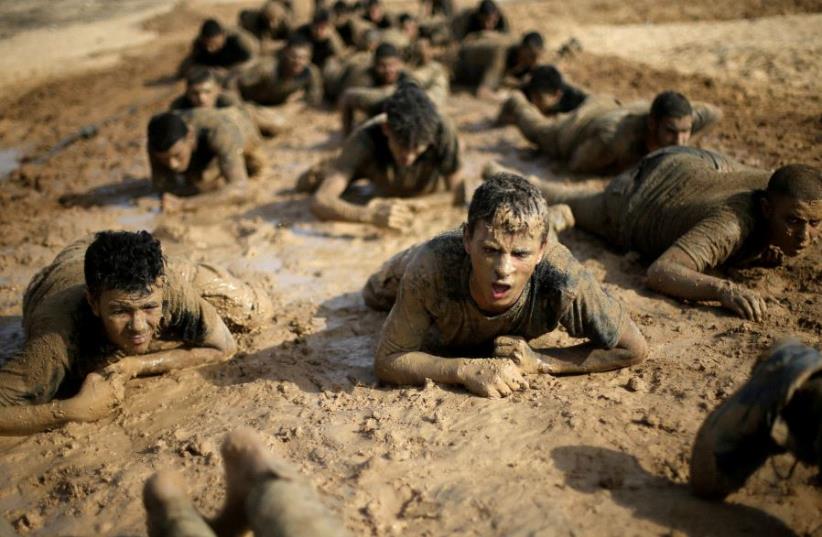