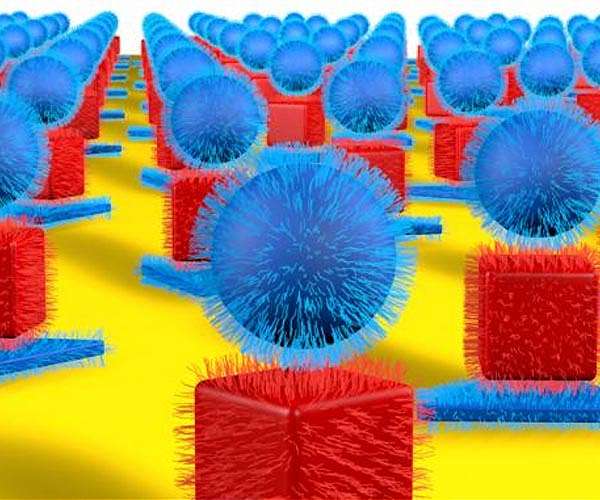 Scientists from ITMO University and Moscow Institute of Physics and Technology (MIPT) have proven that small objects, just like big ones, are capable of perfect light absorption. The results of this research will be helpful in the development of new technologies for wireless transfer of energy and data. The paper was published in Laser and Photonics Reviews.

Light can interact with matter in a variety of ways: it can refract, dissipate, or be absorbed by it. Usually, all three processes occur simultaneously. In most cases, that is not an issue. But there are scientific fields where materials need to absorb all of the light. For instance, every photon that is refracted off the surface of a solar cell lowers a solar power plant’s efficiency rate.

“A light wave consists of light particles – photons. Every time it falls onto a “dark,” or non-transparent material, such as carbon, a dye, or an asphalt road, it loses some of its energy. Only a certain fraction of the photons is converted into heat energy, while the rest is refracted, dissipated, or passes through the absorbing matter,” says MIPT researcher Denis Baranov.

Scientists around the world are trying to minimize the number of these lost photons, or, ideally, reduce it to zero. Earlier on, researchers succeeded in demonstrating the phenomenon of perfect absorption in large bodies of matter that were several times the size of a light beam. But the question remained unsolved of whether the same was possible for miniature objects. Researchers from ITMO and MIPT have become the first to calculate the properties of a small object that could completely absorb all incidental light.

“In the course of our calculations, we succeeded in reducing this complex analytical task to a simpler one – a Fredholm integral equation of the second kind. Having solved it, we found the idea combination of particle and light properties that would ensure perfect absorption at the nanoscale. Importantly, this combination works well at the nanoscale as well as in objects the size of a battery for a phone or a laptop,” explains Alexey Proskurin, a PhD student at ITMO University.

“Absorption of electromagnetic energy is at the heart of many modern devices. Reducing the size of the absorbers will make the devices themselves much smaller. We hope that the results of this research will be useful in the creation of compact microwave and optical antennas, as well as efficient wireless energy transfer devices,” concludes Andrey Bogdanov, an associate professor at ITMO University.

Research Report: “Perfect Absorption of a Focused Light Beam by a Single Nanoparticle”

Throughout the history of the West, human actions have often rushed the desert – and...

A compound used widely in candles offers promise for a much more modern energy challenge...

A research team in Korea has developed a ceramic fuel cell that offers both stability...

NASA is one step closer to understanding the solar power challenges and opportunities on the...

The cost of harvesting solar energy has dropped so much in recent years that it’s...

Paul Scott leads the pack with his speech prepared for Recharge and Renew 2021 with,...

Solar energy is a clean, renewable source of electricity that could potentially play a significant...