91Mobiles and OnLeaks have collaborated to share a 360-degree video render and 5K images of the Samsung Galaxy S22+. These concept images show that the phone has rounded edges, negligible bezels on all sides of the display and a selfie camera cut out in the top centre. The rear camera design is similar to the Samsung Galaxy S21+ with the camera module that is slightly protruding out of the base panel. The three sensors sit in one line, one below the other, and the flash sits on the side of the module. The phone has the power and volume buttons on the right edge while the speaker grille and USB Type-C port sit on the bottom edge. The bottom edge will also house the SIM tray slot.

With the price of Dogecoin surging, investors are looking ahead to Elon Musk’s guest-host spot...

Working from home has transformed from being a luxury to a necessity during the coronavirus... 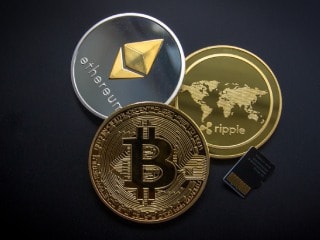 Cryptocurrency, a form of digital asset that is based on the idea of distributed ownership,...

Budget 5G smartphones are all the rage right now, even though 5G isn’t available in...

The eternal question lurking in the minds of every space enthusiast is — does life...

Tecno Spark 7 was launched in India on Friday as an entry-level smartphone from the...

Fujifilm has announced the GFX 50S II medium format camera as the latest addition to...

Chinese ride-hailing giant Didi Global will help set up a union for its staff, two...