One of the stated aims of Project 75(I) is to develop indigenous expertise to “make India the global hub for submarine design and production”, as stated by the MoD in its press release on the subject

On 20 July, the Ministry of Defence issued the much-awaited and long overdue Request for Proposal for the indigenous construction of six conventional diesel-electric submarines (SSK) in collaboration with an established foreign submarine builder. This follows the approval of Rs 43000 crores accorded by the Defence Minister for this program designated Project 75(I). This is also the first program which will be progressed in accordance with the Strategic Partnership model introduced in the Defence Procurement Procedure (DPP) with the intention of transforming the country’s military-industrial landscape and remains unchanged in the recently issued Defence Acquisition Procedure 2020.

Project 75(I) is part of the 30 Year Plan for indigenous submarine construction which had been approved by the Cabinet Committee on Security way back in 1999. It envisaged the construction of 24 SSKs with the first 12 in collaboration with foreign OEMs by 2012 and the remaining 12 , indigenously thereafter. The aim of the plan was to streamline submarine construction and induction to ensure contemporary capability besides consolidating the submarine building eco-system within the country. This Plan, though still extant in the context of submarine construction, has achieved none of its desired objectives; in the 21 years that have elapsed, only three submarines have been commissioned and no more than another three will be commissioned by 2030.

This approval therefore presents an opportunity to regain the momentum in indigenous submarine construction and arrest the widening capability deficit in our undersea warfighting capability which the country can ill afford. However, it also presents numerous challenges associated with the Strategic Partnership model, the intended degree of Transfer of Technology and the contractual model between the OEM, the chosen Strategic Partner and the Ministry of Defence and the cost of the program. However, the most important challenge will be to ensure that the Indian Navy, which will have to operate these submarines for the next four decades in a hotly contested maritime security environment, gets the best and not necessarily the cheapest. It is therefore important that this program is progressed with that being the main objective.

The issue of the RfP to the two shortlisted potential SPs has put the ball in their court. Of these, one will be selected by the MOD as the strategic partner. Here too, there is already a contradiction that needs to be addressed. The SP Model is meant to encourage private sector participation but in this case, Mazagon Docks Ltd, Mumbai, one of the two shortlisted firms, is a Defence PSU (which in a manner of speaking is already a Strategic Partner of the GoI). Creating a competitive situation just for the sake of doing so or because the procedure says so may not always be the best way forward. Infact, if the Strategic Partner is indeed to be strategic and is developing a core capability from a nation building perspective, it should be encouraged through an enabling environment to become one in the true sense of the term.

One of the stated aims of Project 75(I) is to develop indigenous expertise to “make India the global hub for submarine design and production”, as stated by the MoD in its press release on the subject. However, amongst the pitfalls in achieving this is the rigidity of the procedure and the inflexibility of the MoD which regards a RfP as a requirement that is carved in stone and which, if not complied with 100% leads either to disqualification of the OEM or at times, the retraction of the RfP itself. One of the reasons for this inflexibility is the lack of adequate expertise in the MoD’s civilian bureaucracy to understand the finer details of military hardware, the complexities of military operations and desired military capability which makes it safer to stick to the written script. Unfortunately, this rigidity has been the undoing of many acquisition programs. The Navy, on the other hand has the experience, the expertise and the best understanding of the operating environment; it is therefore ideally qualified to decide its requirement but rarely has the final say.

For this program to have even the remotest chance of succeeding, this rigidity will have to give way to a flexible and adaptable approach. Developing an indigenous capability with futuristic technologies is an evolutionary process. The five foreign OEMs in the fray have a great deal of experience in exporting submarines and submarine technology to countries all over the world but their models may vary. It would therefore be unrealistic to expect a ‘one size fits all’ approach and could derail the whole process. Instead, a consultative approach between the foreign OEMs, the shortlisted SPs, the MoD and the Navy must be encouraged to address the complexities and develop an optimum solution for the long term.

Another major issue that often afflicts RfPs is the insistence on proven technology. This may work in some cases where the equipment‘s induction is likely in the short term but is counter-productive for large and complex long term acquisitions. In the case of the Project 75(I), even the most optimistic guesstimate would suggest that the first submarine will only enter service in the early 2030s at the very earliest. The focus therefore should be on futuristic technologies. There is, of course, an element of risk but this can be mitigated to a large extent by an expert assessment of the present stage of development, the credibility of the firm and evaluating the chances of success. There is enough expertise within the country to make a fair risk assessment.

Chapter 7 of the Defence Acquisition Procedure (DAP) 2020, which describes the Strategic Partnership model, stipulates that the L1 bidder (lowest bidder) will be selected as the Strategic Partner. This approach is fundamentally flawed if the country is seeking futuristic or even advanced contemporary technologies. In this case, the MoD Press release clearly states that India is seeking deep Transfer of Technology (the know-why and not just the know-how) from the foreign OEM to develop the indigenous capability to design and build submarines. However, the procedure mandates that the contract is awarded to the lowest bidder. These two requirements are mutually incompatible and an insistence on this has the potential to jeopardise India’s future undersea warfighting capability as well as its aspiration to become a global hub for submarine design and construction. India cannot afford either. Hence, the cost factor requires far more deliberation and perhaps a more mature and sophisticated method of price discovery than a crude L1 figure with all the attendant risk.

The Defence Minister approved a sum of Rs 43000 crores for the program which, even by the most conservative estimate appears to be unrealistically low. This programme envisages the construction of six submarines with contemporary technology, a complex industrial model, multiple contractual obligations, deep transfer of technology, sharing Intellectual Property (IP), capital non-recurring expenditure, underwriting the risk element and the possibility of time and cost overruns besides a host of other imponderables that are bound to arise as the program progresses. All these have the potential to considerably increase the overall cost and it is hoped that this will not become a millstone around the Project’s neck. .

The details of the RFP are not available in the open domain so one is unable to comment on the technical specifications highlighted in the document or the ability of the OEMs to be fully compliant even though their strengths and weaknesses are well-known worldwide. However, these notwithstanding, the key to the success of this program will lie in the Government’s firm commitment at every stage (budgetary and otherwise), the MoD’s ability to be flexible in its approach, the industry looking beyond L1 at the larger national objective and the Indian Navy, which will have to win a war with these submarines, taking ownership of the program.

NEW DELHI — Nearly two years after the abrogation of Article 370 — a temporary... 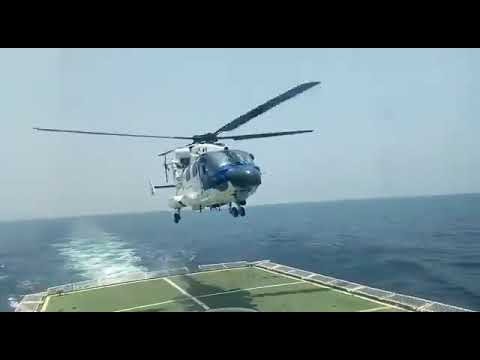 Not by throwing expensive manpower at the problem, but by giving bigger roles to the...

Washington has described India as a ‘critical partner in the region’ as US Secretary of...

Facing increasing backlash over her call for resumption of dialogue with Pakistan, PDP chief Mehbooba...