A 26-year-old Palestinian has been killed by IDF fire during the protest along the Gaza border on Thursday night, claim the Hamas-operated health ministry in Gaza.

Additionally, 15 Palestinian protesters, including five children, were injured in the renewed riots, claim earlier reports from tonight. Palestinian media say five of those hurt were injured by IDF fire, and that one child is in serious condition.

The border protests are part of the “Night Harassment” riots that began last weekend. Over 1,000 Palestinian teen and youth are demonstrating near the border, throwing rocks and explosives towards the fence, Israeli media reported.

On Saturday, the IAF struck multiple Hamas targets in the Strip in retaliation to the riots and incendiary balloons launched into Israel.

The riots continue tonight despite a move by Israel to ease the restrictions on Gaza by restoring the fishing zone to 15 nautical miles and reopening the main commercial crossing at Kerem Shalom.
The border demonstrations led to the death of St.-Sgt. Barel Hadaria Shmueli, who was shot on August 21st and died of his wounds on Monday, sparking outrage among Israelis regarding the IDF’s management of the protests.

This is a developing story. Please check back for updates.

“Significant progress” has been made towards reaching a prisoner exchange agreement between Israel and Hamas,...

Titled Fursan al-Aqsa: The Knights of the Al-Aqsa Mosque, the game is developed by Nidal...

A video released by the Hezbollah affiliated al-Manar television channel on Friday evening documents the... 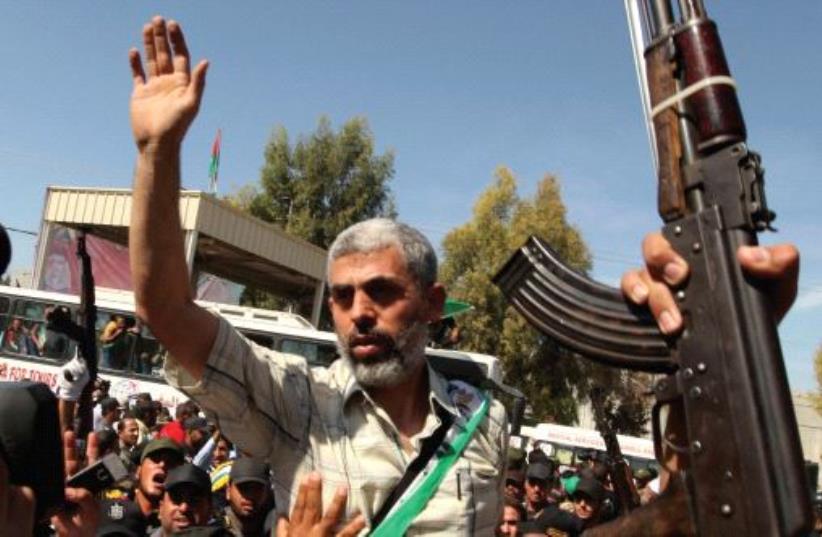 Hamas has presented mediators with a “clear road map” for a prisoner exchange agreement with...

Four fires broke out in the Eshkol Regional Council in southern Israel for a second...

Israel restored the Gaza fishing zone to its pre-war status at 15 nautical miles on...

A Palestinian teenager was killed in an armed clash between Palestinians and Israeli security forces...

The IDF West Bank Prosecution on Wednesday requested a lenient sentence from the Judea Military...