Mukhtar Abbas Naqvi, the Union minister of minority affairs, said that worshippers in mosques in India are not killed by bullets and bombs, nor are girls stopped from going to the school

Hours after a Taliban spokesperson claimed that the group has the “right” to raise its voice for the Muslims of Kashmir, Union minister Mukhtar Abbas Naqvi asked the insurgents to “spare” Muslims of India, saying there are no instances of extremist atrocities in the name of religion in this country. In an interview with ANI news agency, the minority affairs minister said that the only scripture that is followed in India is that of the Constitution, and that worshippers in mosques here are not killed by bullets and bombs, nor are girls stopped from going to the school.

Naqvi indicated that there is a marked difference between the way India and Afghanistan are governed and thus the Taliban would do better than to speak for the Muslims in this country.

“I appeal to them (the Taliban) with folded hands that spare the Muslims of India,” the minister told ANI. “Here worshipers praying in mosques are not attacked with bullets and bombs. Here girls are not stopped from going to school, their heads and legs are not cut off.”

“The scripture of the governments of this country is the Constitution and the country functions following it,” Naqvi added.

Notably, in an interview with BBC Urdu this week, Taliban spokesperson Suhail Shaheen had said, “As Muslims, we also have a right to raise our voice for Muslims in Kashmir, India or any other country.” The statement came as a marked contrast to what another Taliban leader, Anas Haqqani, had said in a recent interview with the CNN-News18 network: “Kashmir is not part of our jurisdiction and interference is against our policy.”

Zabiullah Mujahid, yet another Taliban spokesperson, had also not brought up any mention of direct interference in Kashmir and instead told a Pakistan-based channel that India and Pakistan ought to sit together to resolve all issues. Although Taliban leader Shaheen’s comments raised concerns within certain sections in India that the group could now set their eyes on Jammu and Kashmir, foreign secretary Harsh Vardhan Shringla said on Friday that in the limited engagement that India has had with the Taliban, the new Afghan rulers have indicated that they would be “reasonable” in addressing New Delhi’s concerns.

“Obviously, like us, they’re also watching carefully and we have to watch Pakistan’s actions with a fine-tooth comb,” he told a group of Indian reporters at the end of his three-day official visit to Washington DC, indicating that India will adopt a wait-and-watch policy with regard to how the situation evolves in Afghanistan.

A pro-Pakistan government in Afghanistan will be a disaster for India. Because China too will...

Britain’s Foreign Secretary on Sunday defended the country’s new security relationship with Australia and the... 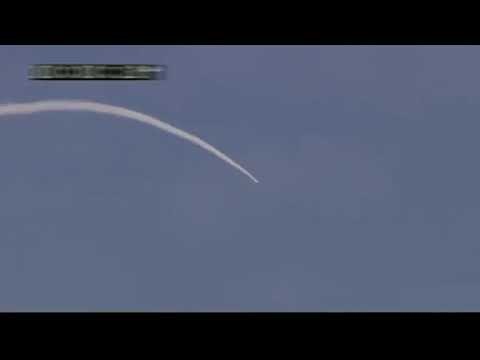 In a major success, India on Monday, September 27, successfully tested a new version of...

Amid India’s concern that Afghanistan territory might be used for anti-India activity under the Taliban...

Baramulla: Asserting that there are around 200 active terrorists present in Kashmir valley, General Officer...

“France has been on India’s side each time you needed us,” the envoy said New...

Despite its historic discomfort, reluctance, and uneasiness with bilateral and multilateral strategic and military alliances,...

Top officials of India’s space agency and those from the space sector have said that...