The project is being undertaken by Instruments Research and Development Establishment, Dehradun

With close monitoring of unmanned aerial vehicles (UAV) movement becoming imperative in the backdrop of the government opening up the skies to privately owned UAV’s and the growing security threat posed by rouge drones, the Defence Research and Development Organisation (DRDO) is developing a new electro-optical system for tracking such flying objects.

The project is being undertaken by Instruments Research and Development Establishment (IRDE), Dehradun, which has recently embarked on another project to develop an electro-optical system for coastal and harbour surveillance.

This is the second known project by DRDO to develop a surveillance system to track drones. Last year, the Electronics and Radar Development Establishment (LRDE) at Bengaluru had fielded a counter-drone system which had been deployed as part of the security cover for Republic Day and Independence Day celebrations in the capital.

LRDE’s system has also been demonstrated to the armed forces as well as border guarding forces. The technology for its manufacture has been transferred to the industry for commercial production.

The system will employ thermal Imagers, high-resolution video cameras, laser illuminators and laser range finders to detect and track drones. It will also be capable of being integrated with airspace surveillance radars.

Given the small size, the miniscule radar signature, the low operating altitude and the slow speed of most drones, conventional air defence systems or standalone equipment are not effective to detect them.

DRDO sources said that a combination of several types of systems including electromagnetic and radio emission, the reflection of microwave, infrared and visible light through optical instruments is required to detect, track and identify drones. Options to neutralize them include soft-kill such as jamming or hacking their radio signals or hard-kill like shooting them down.

While small drones are increasingly being used to carry out commercial or personal tasks such as the delivery of goods, aerial survey or photography over the past few years, the threat of drones being used by terrorists, rogue elements or hostile nations has also enhanced significantly.

The recent incident in which two drones were used to cause explosions inside the Jammu Air Force Station is a stark example of the threat posed by drones, which allow a perpetuator to reach any target in any location without exposing himself to personal risk.

Besides, cross border smuggling of weapons, narcotics or contraband, espionage and intelligence gathering through drones is another area of concern. While there are frequent reports of drones being spotted in border areas, an Air Force officer revealed that after the airstrike on terror camps in Balakot across the Lien of Control, a number of unidentified drones were spotted in the vicinity of the Srinagar Air Force Station, which may have been used to gather information on activity inside the airbase, which was then the hub of IAF operations.

New Delhi: With an aim to give further fillip to Modi-government’s ambitious “Make in India”...

In a startling revelation, the Delhi Police said on Tuesday said it had busted a...

A day after US troops vacated the Kabul airport, their last tether for the war... 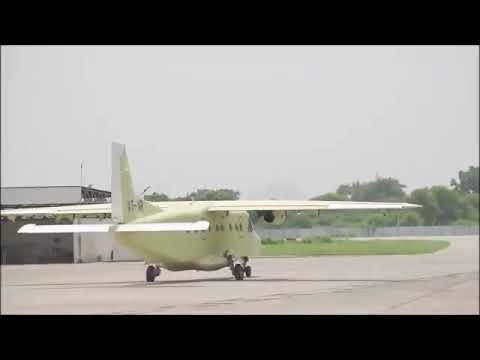 President Putin reviews the Joint Strategic Exercise at Mulino Training Ground in Novgorod During the...

Monty Panesar in an exclusive interview with Republic Bharat announced that he will not be...

The process has been deliberately kept slow so that the transformation of various arms and...

Washington has described India as a ‘critical partner in the region’ as US Secretary of...