During the summit, the G7 committed to donating a billion vaccines to poorer countries

India and the G-7 member countries have agreed on an infrastructural proposal of Build Back Better World (B3W) as an alternative to the Chinese Belt and Road (BRI). Keeping in mind the principles of “transparency and inclusion’’, this was endorsed at the G7 summit that concluded on Sunday in Corbis Bay, UK.

“However, there were no specific commitments on how they will mobilise resources for B3W and what would be the strategy to implement them,” opines Prof Rajan Kumar, School of International Studies, JNU.

The member nations also discussed the need for a “free, open and inclusive” Indo-Pacific, vaccines and climate and other issues. During the summit, the G7 committed to donating a billion vaccines to poorer countries.

It was a project proposed by the US President Joe Biden and is expected to be led by the major democracies. These countries are likely to pool in technological and financial help in the trillion dollar infrastructure project, which will help the developing world.

Will India Participate In The Project?

Yes. Briefing the media at the end of the G-7 summit late Sunday evening (June 13, 2021), Secretary (Economic Relations), Ministry of External Affairs, P Harish, confirmed that relevant agencies in India will study the plan and will engage with the project later.

Responding to a query, Secretary P Harish said, “Though the European Union is yet to endorse this proposal, all the G7 member countries supported “text-based negotiations” on the TRIPS waiver proposal.”

The President of France Emmanuel Macron, highlighting the need to focus on ramping up production capacity in Africa, called on India to share its expertise as an important hub internationally. Also, the UN Secretary General Antonio Guterres, supported the TRIPS waiver as it would enable the UN plans to vaccinate the globe by doubling the production of coronavirus vaccines.

The session on Open Societies was one of three special sessions PM Modi attended virtually along with other guest countries as well as the G7.

Other sessions were on global recovery from the coronavirus pandemic and access to vaccines on Saturday, and a session on Climate Change actions leading up to the COP-26 summit in the UK later this year.

According to Harish, “The India-SA TRIPS Waiver Proposal received widespread support. The countries talked about providing financial assistance to different manufacturers around the world. And to increase capacity, technology transfer, financing, and skill development in these regions.”

Prof Rajan Kumar, while sharing his views with Financial Express Online says, “President Biden appeared to be making sincere efforts at the Cornwall Summit of the G7 to save the liberal international order led by America. The Trump administration’s isolationist America First policy and the rise of China had put a question mark on the viability of this order. The European allies were shaken by the withdrawal of America from multilateral institutions and had begun to chart out their own courses of action in global affairs. Biden sought to persuade these states to make a concerted effort against the challenges facing the world today.”

According to him, “The US President framed the discourse in terms of protecting democracies against rising authoritarianism, referring obliquely to China and Russia. While the G7 members do recognise this threat, they were divided on ways to tackle China. Germany, France and Italy seemed to disagree on treating China as an adversary and slapping sanctions for violating human rights in Xinjiang, Hong Kong and Tibet. They would not like to risk their trade with China without assured alternatives from other sources.”

What Is The Importance of This Summit?

“The Cornwall summit will be remembered for following reasons: first, Biden made a sincere effort to bring America back to the centre stage and reassure its allies of continued backing; second, this can be taken as a beginning of the struggle between democracies and autocracies which is likely to intensify in future; and third, if democracies rally behind the US, which seems difficult at this stage, we will witness the beginning of a new Cold War type of politics,” Prof Rajan Kumar opines.

On The Probe Regarding Coronavirus

Dr Bappaditya Mukherjee, former faculty at the State University of New York, Geneseo, tells Financial Express Online, “The demand emerging out of G7 to probe the origins of the COVID in China is unlikely to be accepted by China. Early response of China clearly indicates this. Unfortunately for the G7 there are not too many arrows left in their quiver with which to pressurise China. One thing no-one is asking is that even if it is established that COVID was man made in a Chinese lab, what purpose will that serve? If the purpose is research, then that will have to wait until Chinese insecurity on this issue dims with time. In order for these insecurities to be mollified, quiet diplomacy will be far more effective than these public declarations by the G-7 and the WHO.”

The Malaysian Air Force has sent out a global request for low-cost light fighter aircraft...

Mumbai: 3DCeram, a French company specializing in 3D ceramic processes and materials, has partnered with...

The Line of Actual Control separates Chinese and Indian-held territories from Ladakh in the west...

New Delhi: In a confidence-building measure, the Indian and the Chinese armies on Sunday activated...

New Delhi: The Defence Ministry has granted yet another extension of the emergency powers, which... 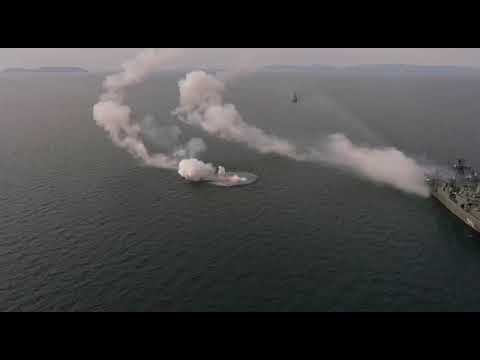 While Russian naval strategy has long emphasized long-range missiles as the key to balancing against...

New Delhi: India has made rapid progress over the decades and is today a major...

The image was posted by an account linked to an official Chinese law enforcement agency...